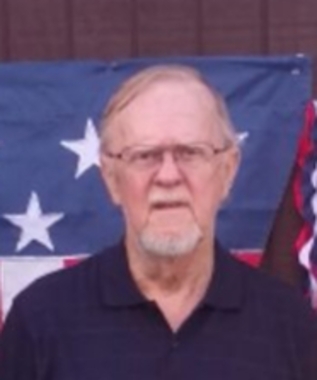 Back to John's story

John Wesley Lilly Sr., age 82, of Ghent, WV, passed away on Friday, January 10, 2020, at Bowers Hospice House in Beckley.
Born on February 4, 1937, at Ghent, he was the son of the late Alphonso Theodore Lilly and Amata Bailes Lilly.
Mr. Lilly was a retired metal pattern maker for Ford Motor Company in Brookpark, Ohio, finishing his career as a shop supervisor.
He had served in the Air National Guard Reserves, and was of the Baptist faith. Mr. Lilly was a Master Mason, having been a member of the A.F.&A.M. Mid Century Lodge #725 in Avon Lake, Ohio, and was a Harley Davidson owners group member. He was also a member of the Loyal Order of the Moose, Lodge #1606.
Mr. Lilly was a graduate of Shady Spring High School Class of 1955.
In addition to his parents, he was preceded in death by his first wife, Donna Sue Morgan Lilly, second wife Shirley Jean Morgan Lilly, and a brother William R. Lilly.
Those survivors left to cherish his memory include his children, Sabrina Lilly of Avon, Ohio, and John W. Lilly II and wife Mary of Amherst, Ohio; step daughters, JoDonna Cullop and husband Charles of Beckley, Valeria Baker and husband Chuck of Daniels; a brother Robert Lilly and wife Mary Jane of Strongsville, Ohio, and a sister Sarah Jane Underwood of Daniels.
Seven grandchildren and three great grandchildren also survive.
The family extends special thanks to Appalachian Dialysis staff and Priority Ambulance Service.
Funeral services will be conducted at Rose and Quesenberry Funeral Home Shady Spring Chapel on Wednesday, January 15, 2020, at 3 PM with Rev. Orville Setliff officiating. Burial will follow at Tom Lilly Cemetery at Ghent, WV. Friends may visit with the family one hour prior to the services on Wednesday at the funeral home. Masonic Graveside Rites will be conducted by the Beckley Masonic Lodge #95 A.F.&A.M., who will serve as pallbearers. Private online condolences, floral tributes, and other expressions of sympathy may be directed to the family via our guestbook at www.roseandquesenberry.net. Arrangements are by Rose and Quesenberry Funeral Home Shady Spring Chapel, 729 Flat Top Road, Shady Spring, WV.
Published on January 12, 2020
To send flowers to the family of John Wesley Lilly Sr., please visit Tribute Store.

Send flowers
in memory of John

A place to share condolences and memories.
The guestbook expires on April 11, 2020.