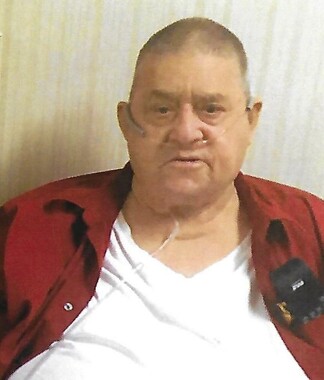 Back to Jessie's story

Jessie C. Adkins, age 77, of Shady Spring, WV, passed away on Saturday, January 18, 2020.
Born on May 25, 1942, at Abraham, he was the son of the late Kessler and Stella Bennett Adkins.
Mr. Adkins was of the Pentecostal Holiness Faith, and loved to play and listen to the Lord's music.
Jessie fought the fight in this earthly body, and did not want to suffer any more. Many thanks go to the Bowers Hospice House for the end of life care.
In addition to his parents, he was preceded in death by children Mitch Adkins and Joey Adkins, by siblings Glenville Adkins, Kenneth Adkins, Glenis Adkins, Edith Adkins Turner and Archie Adkins.
Those survivors left to cherish his memory include his loving wife, Hattie Bragg Adkins; his children, Tammy Bragg Lilly of Flat Top, Mike Adkins of Flat Top, and Randy Adkins of Grandview.
Three grandchildren, Christie Lilly Hart of Flat Top, and Zoe and Sam Adkins of Grandview. Three great grandchildren, Hayden, Ryker, and Corbin Hart of Flat Top. Siblings, Ethelene Adkins Bennett of Grandview, and Denzil Adkins of Beckley.
Funeral services will be conducted at Rose and Quesenberry Funeral Home Shady Spring Chapel on Wednesday, January 22, 2020, at 2 PM with Rev. Orville Setliff officiating. Friends may visit with the family from 6 PM until 8 PM on Tuesday at the funeral home. A private burial will follow on Thursday, January 23, 2020, at Gethsemane Memorial Park at Oak Hill, WV.
In lieu of flowers, donations of sympathy may be made to Bowers Hospice House, 454 Cranberry Drive, Beckley, WV, in memory of Mr. Jessie C. Adkins. Private online condolences and other expressions of sympathy may be directed to the family via our guestbook at www.roseandquesenberry.net.
Arrangements by Rose and Quesenberry Funeral Home Shady Spring Chapel, 729 Flat Top Road, Shady Spring, WV.
Published on January 20, 2020
To plant a tree in memory of Jessie C. Adkins, please visit Tribute Store.

Plant a tree in memory
of Jessie