Back to Eloise's story

Eloise Jane Arbogast Puffenbarger, 96 ½, passed away peacefully, Sunday afternoon, January 19, 2020, of natural causes at Peyton Hospice House surrounded by family. Born May 24, 1923, in Dunmore, WV. She was the daughter of the late William Harrison and Doshie Bell Ervin Arbogast.
Eloise was known by many as the kindest person they ever met! She loved people, animals, nature and Jesus Christ! She was a longtime supporter of The American Lung Association, the ASPCA: The American Society for the Prevention of Cruelty to Animals, and The Wounded Warrior Project. She found kind humor in every situation and difficult circumstance.

Raised in the Methodist Church, she enjoyed singing hymns to God. She was a solo soprano singer since age 13. In addition, she enjoyed music and came from a large family of creative artists, writers and musicians. She later attended the Baptist Church in community and in her later years enjoyed the Pentecostal Church community, but simply called herself a Christian, a Child of God, a Follower of Jesus Christ. She was a very optimistic, positive and hopeful person every day and encouraged others daily throughout her lifetime!

She was a very neat, tidy person. Everything had a place and everything was in its place. She was a hard worker. She took great pride in housekeeping and doing pristine laundry. She made her bed perfectly up until the last two years!

She was very proud of her parents, her siblings, children and grandchildren. She called her daddy, "the best musician in the world!" Her daddy called her E-Loys, while her husband called her "Loys." Later in life, she enjoyed being called "Puffy" by her grandchildren and her caregivers. She loved receiving Greeting Cards by mail her whole life and saved everyone she ever received since 1940!

Other than her parents, she is preceded in death by her husband of 71 years, Robert Lee Puffenbarger; sons, Rickey Lee, and Larry Robert Puffenbarger; sisters, Juanita Pearl Lovelace, and O'Nita Merrell Puffenbauger; brothers, Artines, Theodore, Corbett, Pershing, and Golden Arbogast.

Survivors include her daughter, Myrna Jane Loudermilk and husband Earl of Clintonville, WV; son, Thomas Eugene Puffenbarger and wife Gloria of Rupert, WV; 11 grandchildren, Vicki, Kipton, Gina, Tina, Jill, Lois, Eric, Sherri, Chip, Travis, Cindy; 16 great grandchildren; and 11 great-great grandchildren.
Funeral Services will be held on Saturday, January 25, 2020, at 1:00 PM at Wallace Memorial Mausoleum in Clintonville with Pastor Stewart Farley officiating. Burial will follow in the Cemetery.
Visitation will be held one hour prior to services, Noon to 1:00 PM.
Flowers are welcome, but donations may be made to the American Lung Association, the ASPCA: American Society for the Prevention of Cruelty to Animals, and the Wounded Warrior Project in Eloise's memory.
Wallace & Wallace Funeral Home in Lewisburg is in charge of arrangements please send online condolences by visiting www.wallaceandwallacefh.com
Published on January 20, 2020
To plant a tree in memory of Eloise Arbogast Puffenbarger, please visit Tribute Store. 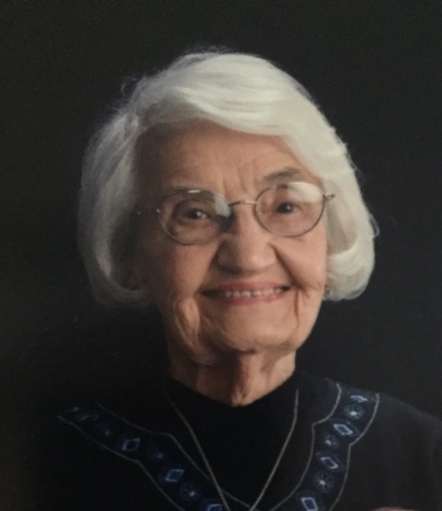 Plant a tree in memory
of Eloise